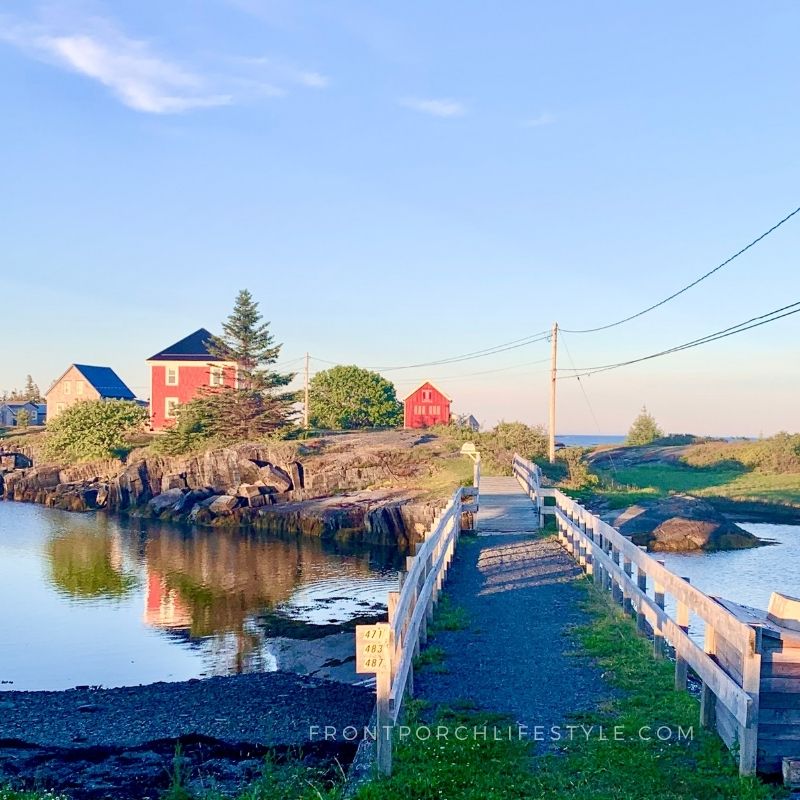 Last week we did a crazy thing – we went to visit the Jesse Stone House!

“The Jesse Stone House” as it’s known around here, is from the Tom Selleck series filmed in the area (2005-2012). It’s beautiful and iconic, set on an island accessed by a footbridge. We are not looking to move, but this house has been in John’s dreams since we first saw it so we were tempted.

Many years ago, when we first started exploring the area, someone directed us to Stonehurst South, and we loved the area and the Jesse Stone House.

We now live in the area, and kayak under the bridge and around the little island regularly. It’s just around the cove from our house and we’re always smitten with it. 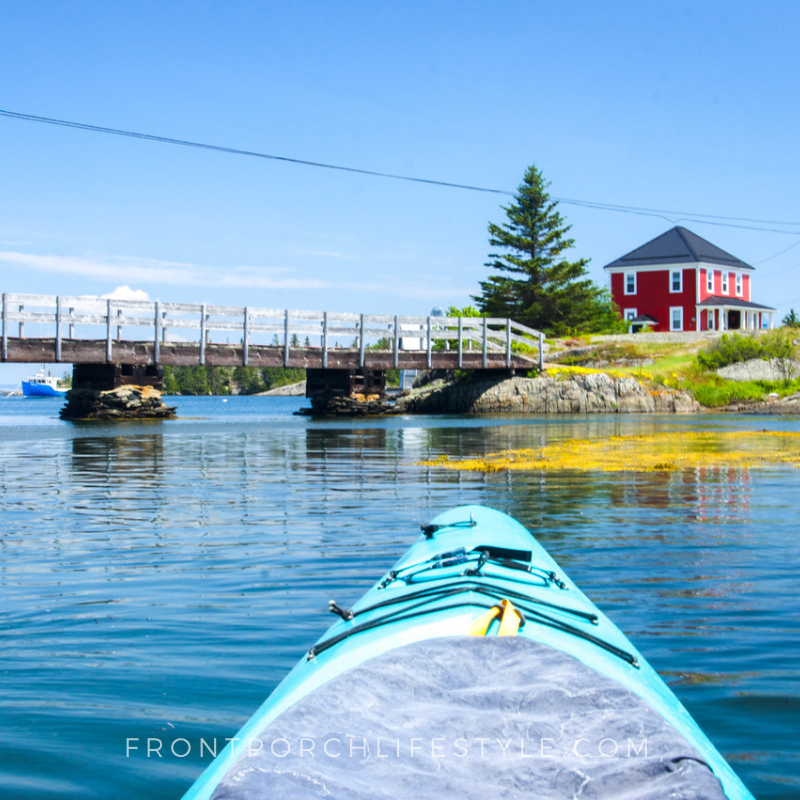 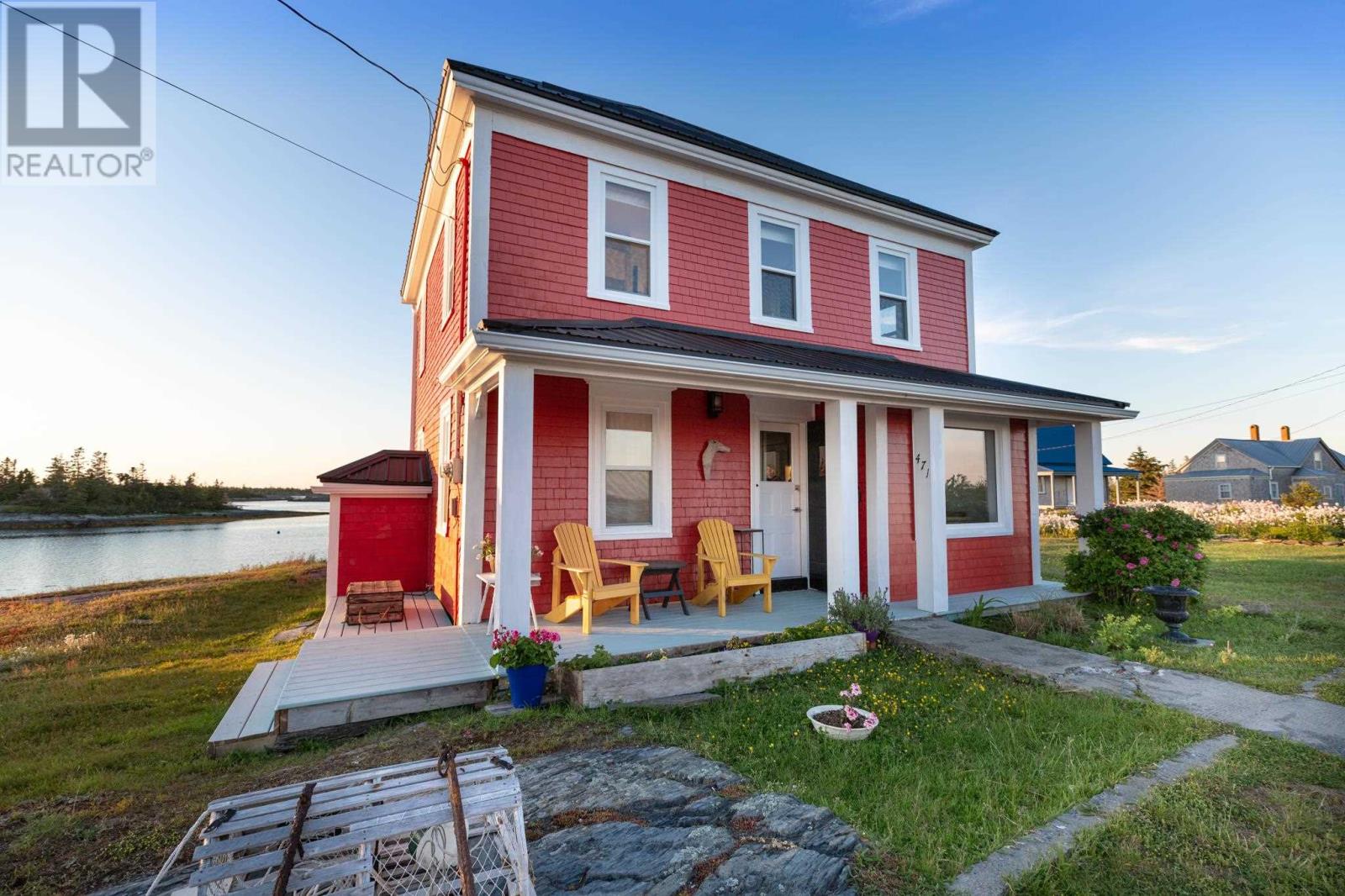 The property came up for sale a few years ago and John was more than interested in looking at it. However, it was completely rough inside, no plumbing, no insulation, needed fully rewired, etc. I was not interested at all! We were knee-deep into renovations of our current cottage and I couldn’t fathom starting all over again.

It was purchased by a lovely couple who completely gutted it – down to the studs as they say. Oh my, it’s lovely now! It’s back on the market and we were invited to go have a look, so we did.

We have no interest in moving. But, we’ve learned to never say never…lol

So…when our friend Alex, who is listing the house invited us to go look at it before it hit the market – we went. It was a beautiful idyllic evening. Off we went with some friends – across the bridge that Tom Selleck crosses every movie to check out the “Jesse Stone House”. 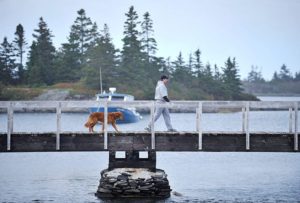 Let’s have a peek… 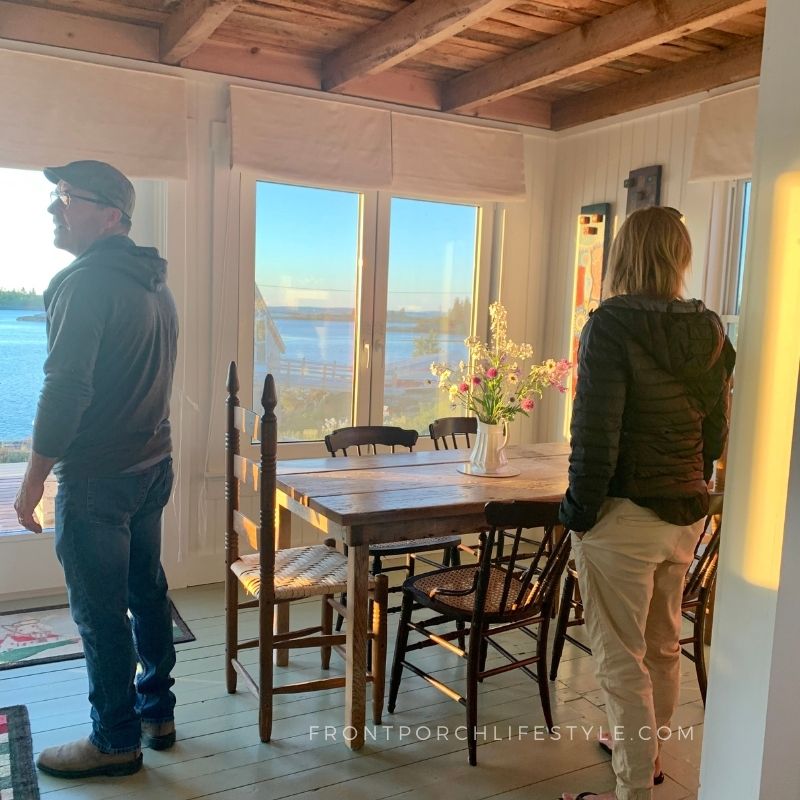 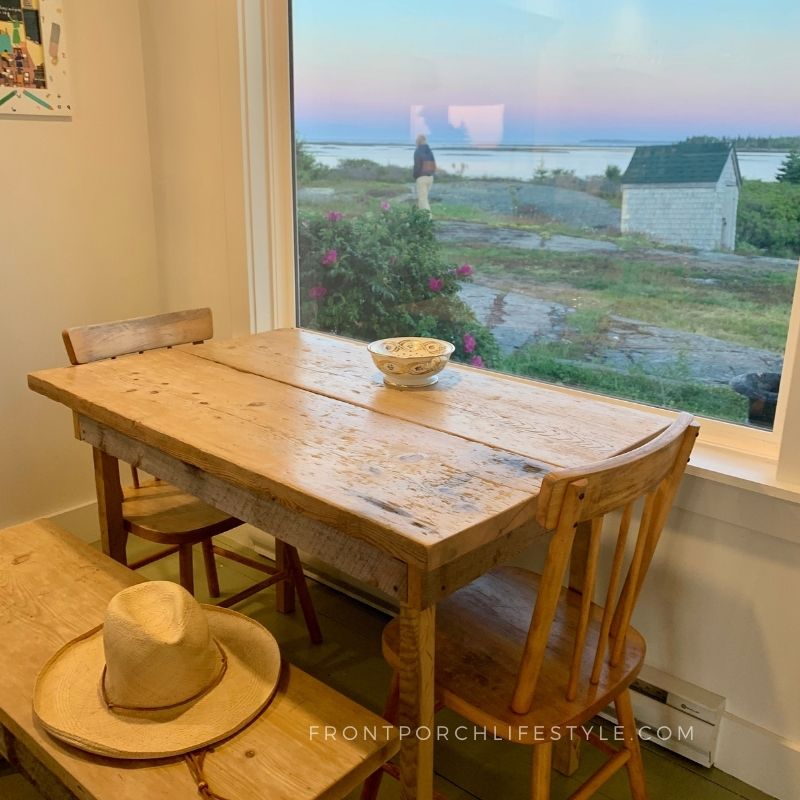 The series stars so many great actors. Tom Selleck, Kathy Baker, Viola Davis and so many more. 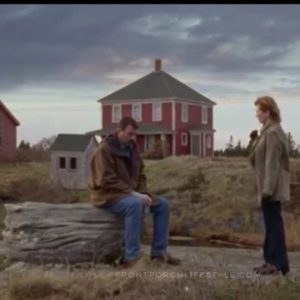 How fun to dream about living on an island, with incredible ocean views from every window. 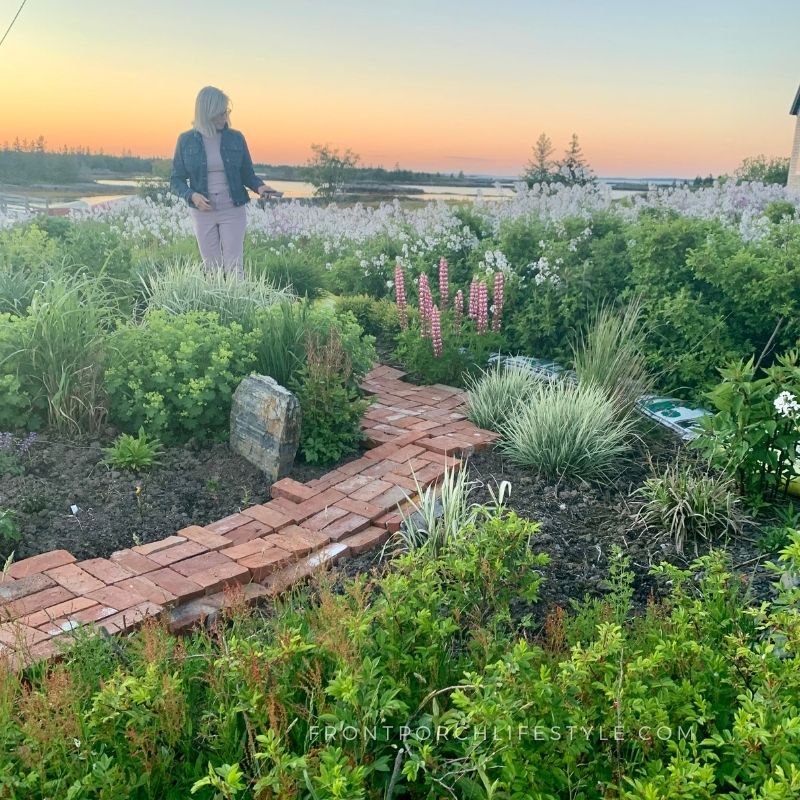 It was such a pleasure to view this home and explore the little island it’s on.

It’s really ideal for a summer home. For someone who “winters away”. Winters would be difficult there, so we spent a lovely evening dreaming of “what if” and loved touring around, but alas, we are not moving to the Jesse Stone House. 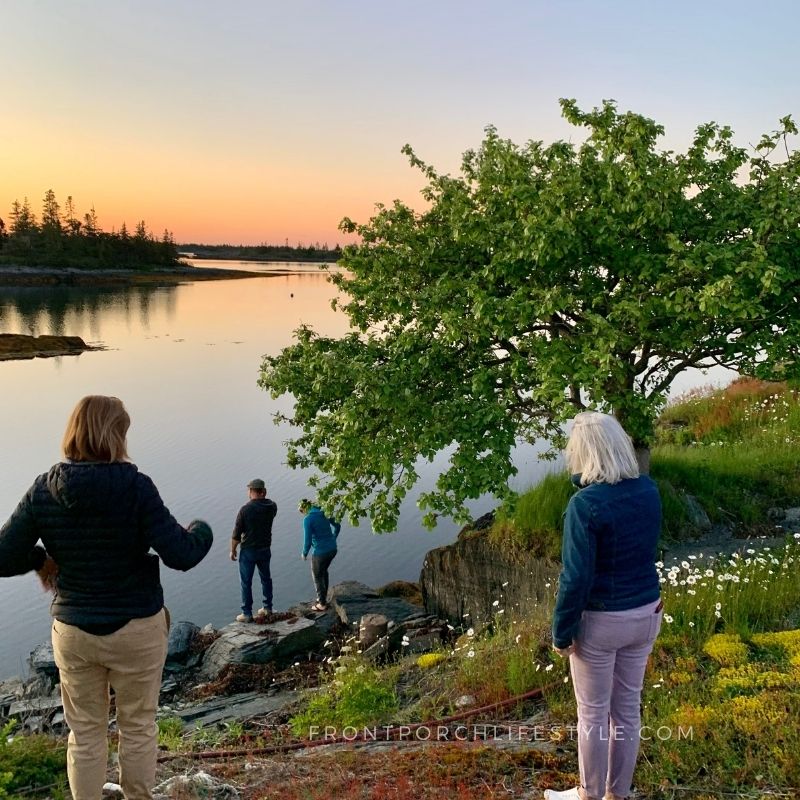 As you may see, in the photo above, we were investigating the old wharf stone foundations  – I love thinking of all the past lives lived here in this area. Such amazing history.

That was fun…but we love our cottage home here in South Shore Nova Scotia, and our view, and although I don’t have plans to move – we do always have our eye on the real estate market. Just keep dreaming!

What a great experience to visit the house set and explore the private island a bit. This is going to make someone a wonderful summer home. 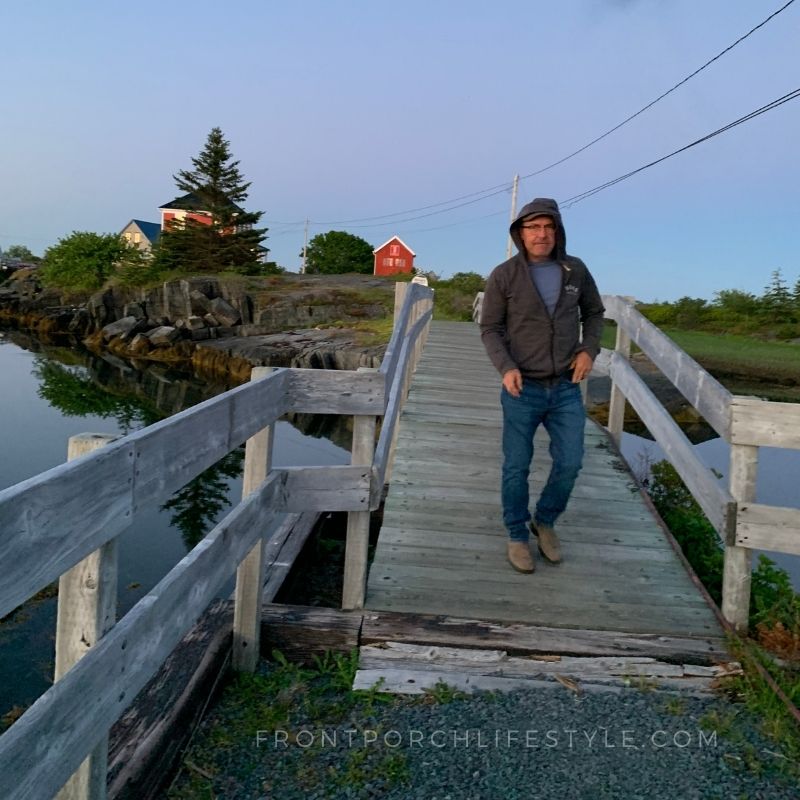 If you’d like to see the current listing (if it’s still available) you can see it here with realtor Alex Astbury HERE.

If you are interested, you can order the full Jesse Stone series here. It’s a great binge movie watch, and you’ll get a great vision of what it’s like living in our area (minus the murders!).

Would you live on an island? Have you watched the series? I’d love to know.

I guess we won’t be moving to Tom Selleck’s house. But it was a great visit.

Thanks for following along, 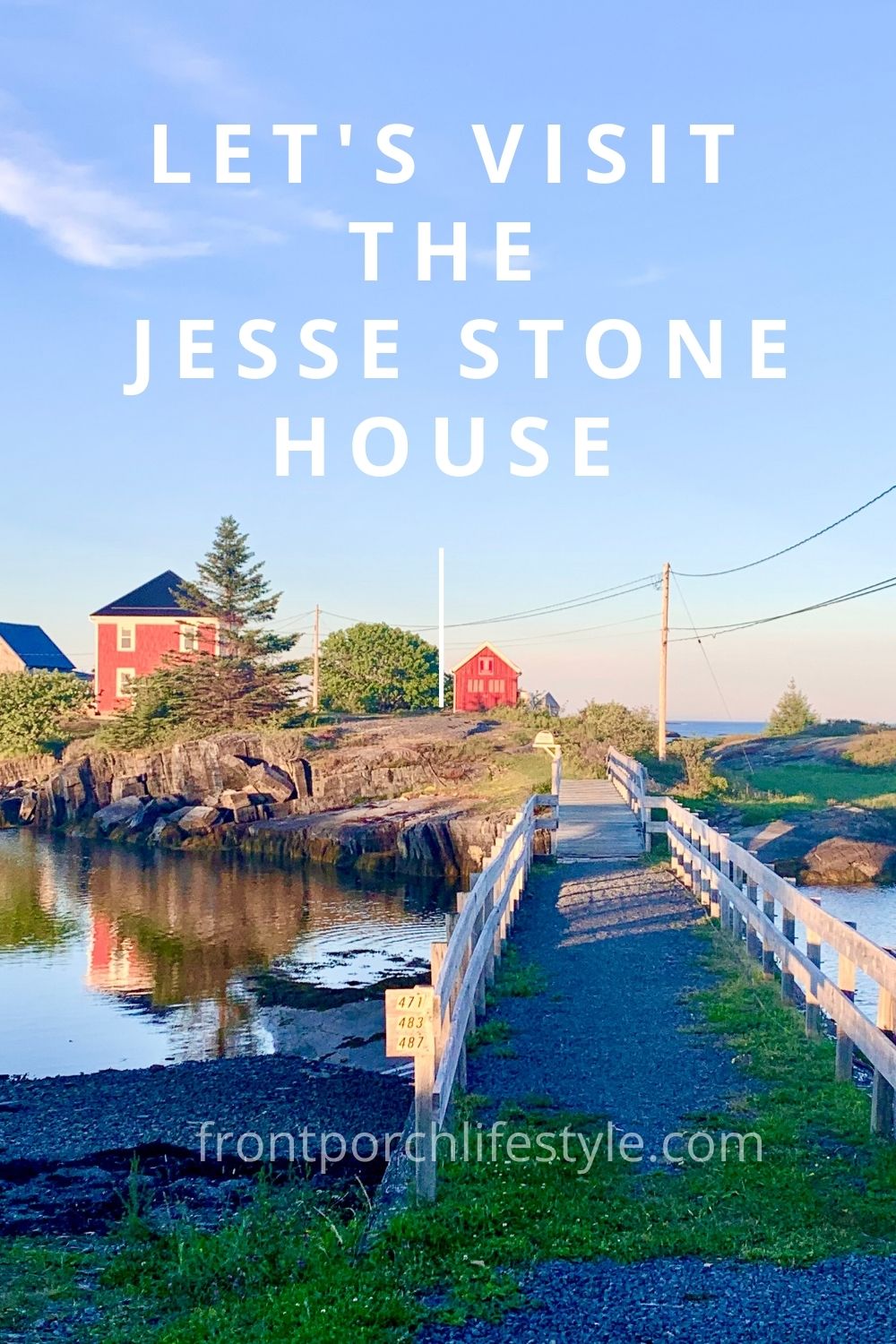 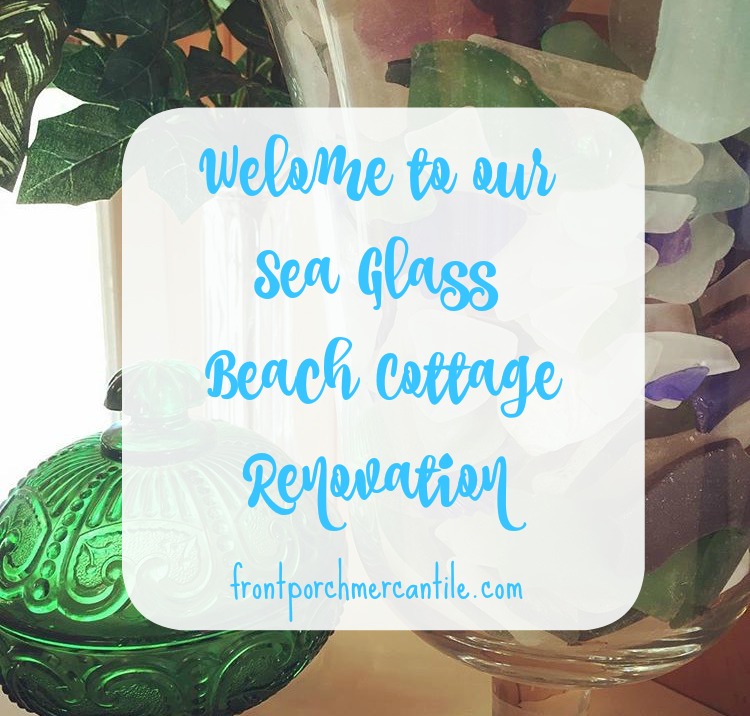 First off, I really want to send out a HUGE thank you to everyone that commented, sent lovely emails, spoke to me directly and shared their stories with me after my last post. I was so incredibly touched by your kind words and support. I felt the love and support. Thank you. I seemed to…

Open shelving in the kitchen, boy everyone has a strong opinion about this. :) Hi Friends, who wants a cottage update? Many of you do apparently ha ha. I have received so many kind emails asking about the downsizing, moving and the renovations to the cottage, I am overwhelmed with your kindness and interest. I’ll… 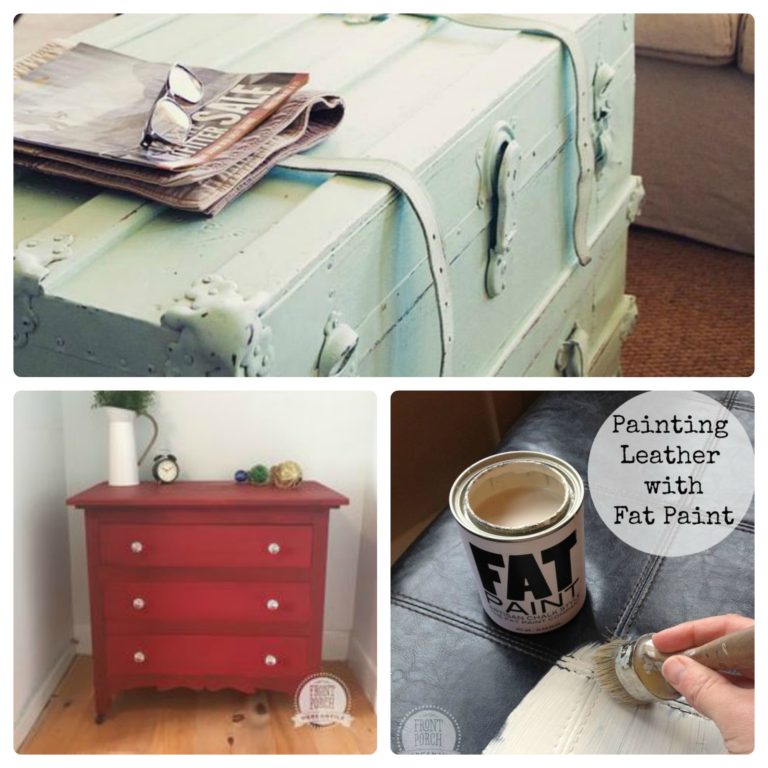 TOP 10 POSTS OF THE YEAR Hi Everyone! I hope you had a lovely holiday. We were blessed with out first grandchild on Dec 23rd, what a gift! I will admit, with the holidays and with sweet new Ava Rose to love, I have not been doing a lot of painting. But I’m itching to… 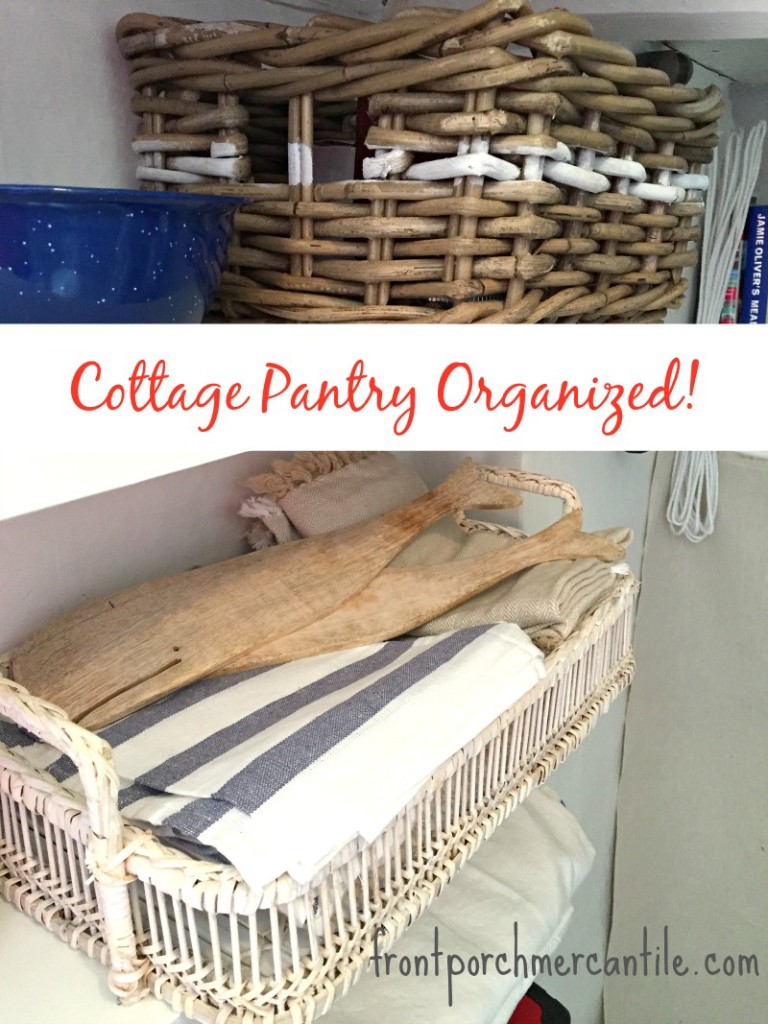 Guys, I really needed to get my cottage pantry organized. Like really really needed to get it cleaned up. When I told Mr. FPM we were going to work on it while we were on our March vacation break at the cottage he said “what pantry?” I had to remind him that the dark, messy,… 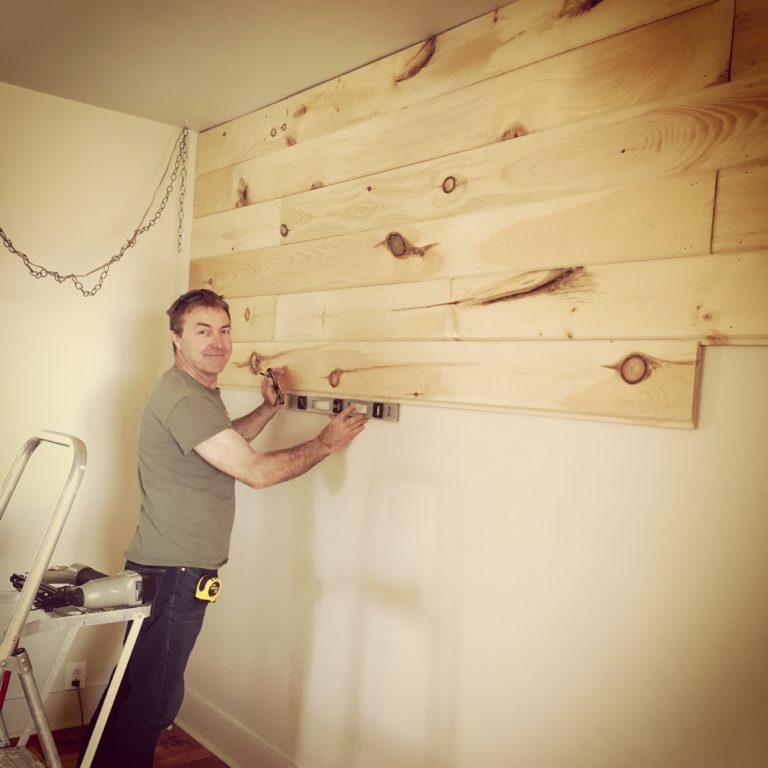 We are often asked, “what is shiplap?”   With the popularity of Chip and Joanna Gains of HGTV’s Fixer-Upper, shiplap has become super popular and in-demand to add character to the interior of homes. Shiplap adds a lot of character and I personally love it. We always called it “planking” a wall. But call it… 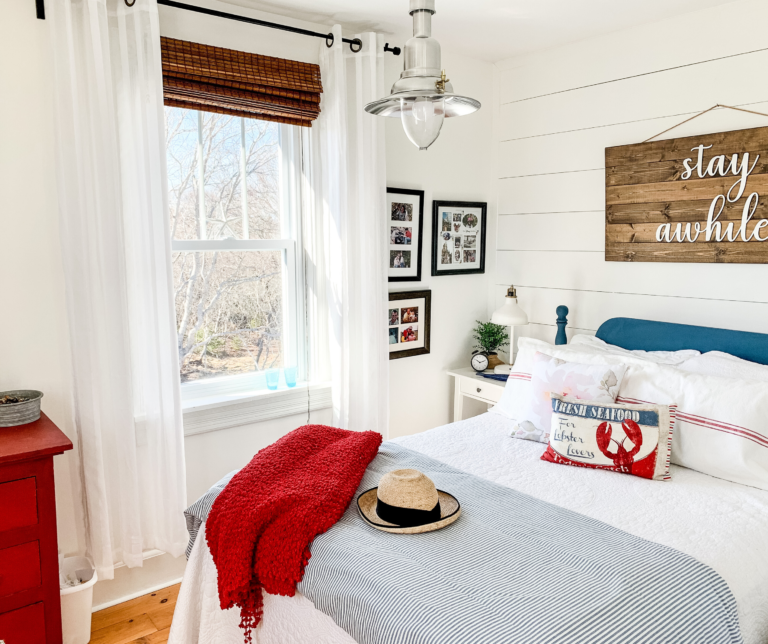 Last summer our daughter came home for a month from New Zealand and we wanted to freshened up our cottage guest room before she arrived. We did it on a tight budget and I’m so pleased how it turned out. I thought I would share for some inspiration. I’m writing this as we continue to…